The team made of Babatunde Sanni, Muiz Sanni, Malik Sanni and Fawas Aina are nominated under the African Social Media Star category of 2021.

The brothers who are known for mimicking and recreating high quality, multi-million dollar music videos, Hollywood movie trailers and epic pictures took to their Twitter account to express their joy and announce their achievement.

“Good news! We have just been nominated for the Nickelodeon Kids Choice Award. Please, guys, vote for us. Love you all”, it read.

Ikorodu Bois, through their online videos caught the attention and praise of Hollywood, Netflix and Nollywood respectively as they had recreated videos of celebrities like Roddy Rich, Dwayne Johnson, Zlatan, Funke Akindele, Wizkid and Davido.

The team in 2020 made a viral video of Netflix action trailer; Extraction and Money Heist which earned them praise from the Spanish drama series actor “The Professor” and an invite to the world premiere of Netflix’s action trailer Extraction 2. 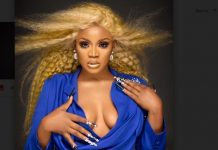 NEVER KNEW I WOULD SEE THIS YEAR, Uche Ogbodo says as she marks her Birthday Today 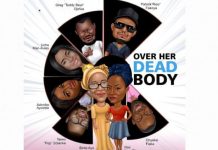 “OVER HER DEAD BODY” MOVIE SETS FOR THE CINEMAS

Gideon Okeke Speaks on How He Was Fired on Tinsel And Unfair Treatment of...

The Uncomplicated Guide To Training and Life

NEVER KNEW I WOULD SEE THIS YEAR, Uche Ogbodo says as...

“OVER HER DEAD BODY” MOVIE SETS FOR THE CINEMAS